We are excited to announce two incredible and acclaimed artists on the up and up and ready to take over the world. Ahead of the full line up announcement, and joining the amazing Estère and Laughton Kora, we warmly welcome Rei to the Tangata Whenua Stage and Diggy Dupé to the South Stage at Newtown Festival 2021.

With their last appearance at Newtown Festival in 2018, we are excited to have contemporary Māori bilingual artist Rei return to his hometown in 2021. Rei has released four albums, C.H.I.E.F. (2015), A Place To Stand (2017), The Bridge (2019), and Hoea (2020), picking up accolades at the Waiata Māori Music Awards and nominations at the Aotearoa Music Awards along the way. Like many people with mixed whakapapa, Rei has had to realise how to become a bridge between cultures saying “I was scared of being wrong, scared of saying the wrong thing, scared of the ‘reo police’. Eventually, I just decided that if I was going to do Māori music, I was going to do it my way”. Rei is all about making te reo Māori a bigger part of the musical landscape here, and is striving for the number one spot on the charts. Catch Rei at the Tangata Whenua Stage, kindly supported by Te Puni Kōkiri, Illumination+Optics, Te Upoko O Te Ika Radio and Atiawa Toa FM.

Diggy Dupé, having been influenced by Newtowner King Kapisi, is also a bilingual artist, rapping with pride for his Niuean roots, as well as where he grew up – Central Auckland. While his social presence often features the lovely doggo Kazu the husky, his music calls attention to the strong Polynesian identity of the inner suburbs of Tāmaki Makaurau and the effects of gentrification. Diggy Dupé has released two EPs, K.O.T.I.C. (Kids Of The Inner City) in 2017 and Island Time in 2018, which was followed up with a Best Hip Hop Act nomination at the Aotearoa Music Awards in 2019. This year he released debut album That’s Me, That’s Team, featuring AP (Church & AP), Rizván and SWIDT, and toured New Zealand including a gig at Newtown music venue Moon. Diggy Dupé joins us on the South Stage, brought to you by RadioActive, Coffee Supreme and Massey’s Te Rewa o Puanga, School of Music & Creative Media Production.

Catch an interview with Rei on Atiawa Toa FM at 1pm Tuesday 15 December. 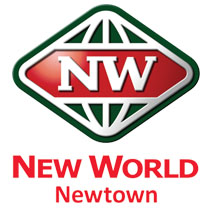