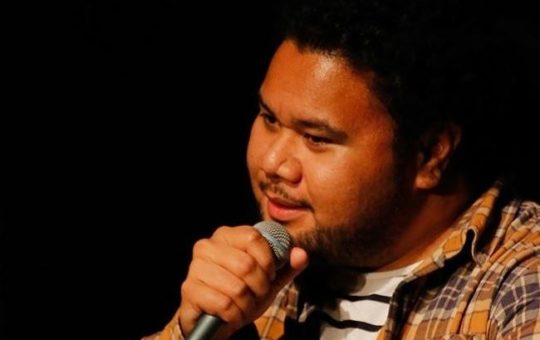 Caleb Stowers has been performing comedy around the capital for just over three years now.

After a successful debut run in the Fringe Festival with the ensemble show ‘Whose Country is it anyway?’ Caleb placed in the top two in the 2019 Wellington Raw Quest Final and was selected as a finalist in the 2019 National Raw Comedy quest.

You can catch Caleb on the Soul Affair, Amplifier and Breakfast shows.
On a good day, he’s at least the second funniest person at his workplace.