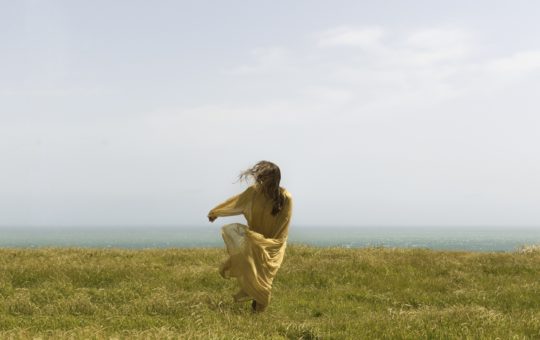 Moodscapes abound Wellingtons alternative indie group ‘SOFIA’ like a breath of fresh mountain air. Incorporating moody folk, SOFIA began as a solo project of singer/guitarist Sofia Machray. Machray made a name for herself performing at various festivals around NZ and opening for various artists such as Anna Mac. While studying music in Wellington she met guitarist Robbie Pattinson, who joined her along with drummer Anna Wild and bassist Devon Brassfield to complete the band’s lineup.

The groups’ collective sound shares similarities with indie legends such as ‘Daughter’ and ‘Snail Mail’ but with notable differences. The quality of instrumentation mixed with Machray’s uniquely raw vocal style evokes emotion within listeners allowing them to relate and reminisce with songs that are timeless. SOFIA has truly hit the ground running, with a large focus on crafting atmospheric music that is not exclusive to any type of listener or genre.

“Sofia shares similarities with Indie legends such as ‘Daughter’ and ‘Hozier’, she is not an artist to miss.”

The band have since expanded their repertoire of original music and is now in the process of recording their first singles as a collective for release in 2020, making them a must-see on the alternative-indie scene.

“The good music gods had me stumbling across ‘Shallows’ Live Session on Spotify, such a gorgeous song, with beautifully articulated lyrics. Real Tash Sultana nostalgia and such delicate picking throughout. Sofia is a serious joy to listen to!”