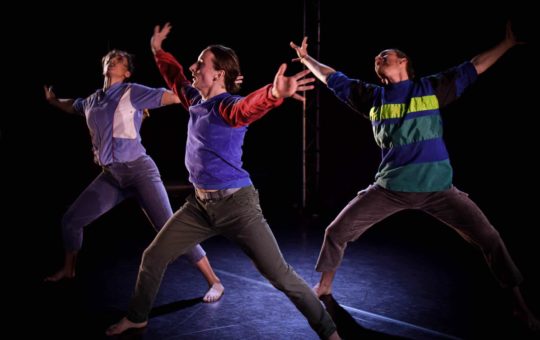 Footnote New Zealand Dance is Aotearoa’s longest-running contemporary dance company, known for creating and commissioning bold new work by New Zealand artists. The story of Footnote is the story of our artform in this country, with almost every notable New Zealand dancer and choreographer for over a generation having worked with Footnote during their careers. Footnote is a national arts organisation that extensively tours dance works around Aotearoa and internationally: the company has performed in the United States, China, Germany, the UK, Belgium, Switzerland and France in recent years. Footnote’s full-time company dancers are incredible performers at the top of their game.

Born in Ōtepoti Aotearoa, Choreographer Jeremy Beck is an active free lance contemporary dance performer and dance maker of Ngai Tahu descent. Dancing from a young age Jeremy’s path led him to the New Zealand School of Dance, where he became a graduate in 2014. Following his training Jeremy went on to complete two years as a full-time company dancer with Footnote New Zealand Dance.

In 2017 Jeremy moved to pursue freelance work, performing in the 2017 Auckland Arts Festival with Atamira Dance Company for AWA – When Two Rivers Collide. Over the following years Jeremy appeared again in the World of WearableArts Awards Show (2017, 2018). He has undertaken various roles for Muscle Mouth under the movement direction of Ross McCormack. His escapades also include performing for Atamira Dance Company PANGO (2018), Atamira Re-Imagined, Movement of the Human, Chunky Move for the NGV Triennial, TOHU Productions, Tupua Tigafua in Shel We?, Joel Bray in the development of Buldrang, once more for Footnote New Zealand dance as a guest artist in The Clearing, and other independent choreographers across Aotearoa and Australia.

Footnote, performs an exhilarating excerpt of ‘This’. A brand-new dance work premiering later this year as part of The Movement season. ‘This’. was created by dynamic choreographer Jeremy Beck, with driving music by Jason Wright.