Astronesian native, NahBo, tries on the soundcloud fuckboy aesthetic, is sad about colonisation, then writes beats about it. NahBo is a character designed and embodied by Pōneke-based artist and activist Taranaki Ah Young-Grace, who mixes the sonic aesthetics of neo-soul, indie rap, jazz and trap into an explosive and lyrically subversive experience.

"The musical equivalent of arriving to the party in a monster truck, 'Woof' lets listeners know that NahBo is not to be underestimated and isn't putting up with anyone's shit."

"A fusion between hip hop and jazz, 'Force' weaves between trap production beneath candid, quick-witted rap verses and a soaring hook ascending with triumphant horns, jazz instrumentation and soulful melodies." 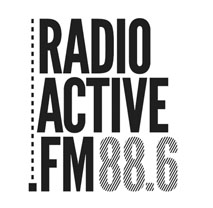