Taikoza is a Wellington based Taiko Drumming performance group, dedicated to keeping the sounds and spirit of Taiko alive in the Wellington Region. The group was originally formed in Hiroshima in the mid 1980’s and has been based in Wellington since 1991.

In the past 30 years they have performed at countless festivals and events throughout New Zealand like Cuba Dupa, Newtown Festival, and HighLight: Carnival of Lights festival in Lower Hutt where they performed with a spectacular silhouette show.

Drum beats are often the heartbeat of a festival. The taiko’s strong bass tones travel from far and have traditionally been used in Japan for ages to bring people together. Taikoza performs a mix of traditional and contemporary pieces with powerful rhythms and dynamic choreography. Most of the rhythms played by Taikoza were learned from Hiroshima Taiko Hozonkai. These rhythms have been played for hundreds of years and have been handed over from generation to generation and never changed.

Taikoza runs workshops teaching those traditional rhythms as well as other contemporary pieces throughout the year. You can find more details about those on the website Taikoza.org.nz or via the Facebook page Taikoza Wellington. 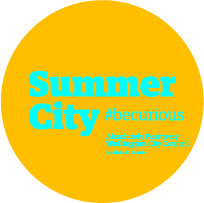